Partners
Wright Way for You

Brandon is the Owner, Lead Coach, and Traveling Clinician for Wright Way Wrestling. Click here if you want to book some time with Coach.

HOW IT ALL STARTED

I was first introduced to wrestling when I was five years old. At the time, my father, Timothy Devail Wright, was coaching college wrestling in the Quad Cities at Augustana College. My very first memory of being on a mat is in that college gym. It wasn’t much after that when I started wrestling.

My dad was my biggest inspiration—I wanted to be great just like him. He was in the hall of fame being the first NCAA Division 2 athlete to win four consecutive national titles as a wrestler.

I knew I had a gift to be great, it was in my DNA! With some hard work and dedication, I set out on a mission to work twice as hard as my dad to take my career to the next level.

Overall my career has been a roller coaster but it’s been a very successful one. I started really developing a love for wrestling during my high school career. Finishing off my four years with a 173-12 record, four State final appearances, and two State Championships. I also earned multiple national recognition awards for my efforts.

When entering college I had to attend a Ju Co due to my grades; I was a bit of a knucklehead in HS. I went to Iowa Central College where I was a 2-time All American, National Finalist, and won 3rd place in one appearance. I furthered my career at Grandview University where I was 2-time All American, 2-time National Champion, undefeated in my division, and graduated with a B.A. in liberal arts.

After college, I made a few appearances at the US Open for wrestling where I earned runner-up in 2017, went to the World Team Trials, where I received 3rd place, and became a National Team Member for the year of 2017-2018.

I have wrestled in many tournaments all over the country and even some overseas in Ukraine. I feel blessed for each and every opportunity I have been granted. I have currently switched my focus to building my business and my brand, but my career is not over, just paused for the moment.

It should go without saying, that my favorite of all is Head Coach and Owner of my own wrestling club, Wright Way Wrestling. I officially got my club up and running midway through the year 2018. Since then, I have opened up my first location, working on the second, solidified numerous partnerships, and have built an internal and marketing team to support the club’s growth.

I always knew I would make a living from this sport I love so much. Through the will of God, I was granted an opportunity to create a business with my craft to feed my family and live out my passions.

Upon graduating from college at Grandview, while still pursuing my Olympic Dream, I came back to Indianapolis for the summer. There my love for my high school sweetheart was reignited. After her internship in California, she moved to Iowa to help me train.

While in Des Moines, Iowa we found out we were pregnant with our first, Kozmo. We moved back home to Indy, where I began training for the US Open in 2017 while working full-time as a case manager. Just 12 short days after our son’s first birthday we welcomed our second child, Karma. That same year I made the National Team and became a member of the RTC at Indiana University and volunteer assistant coach. 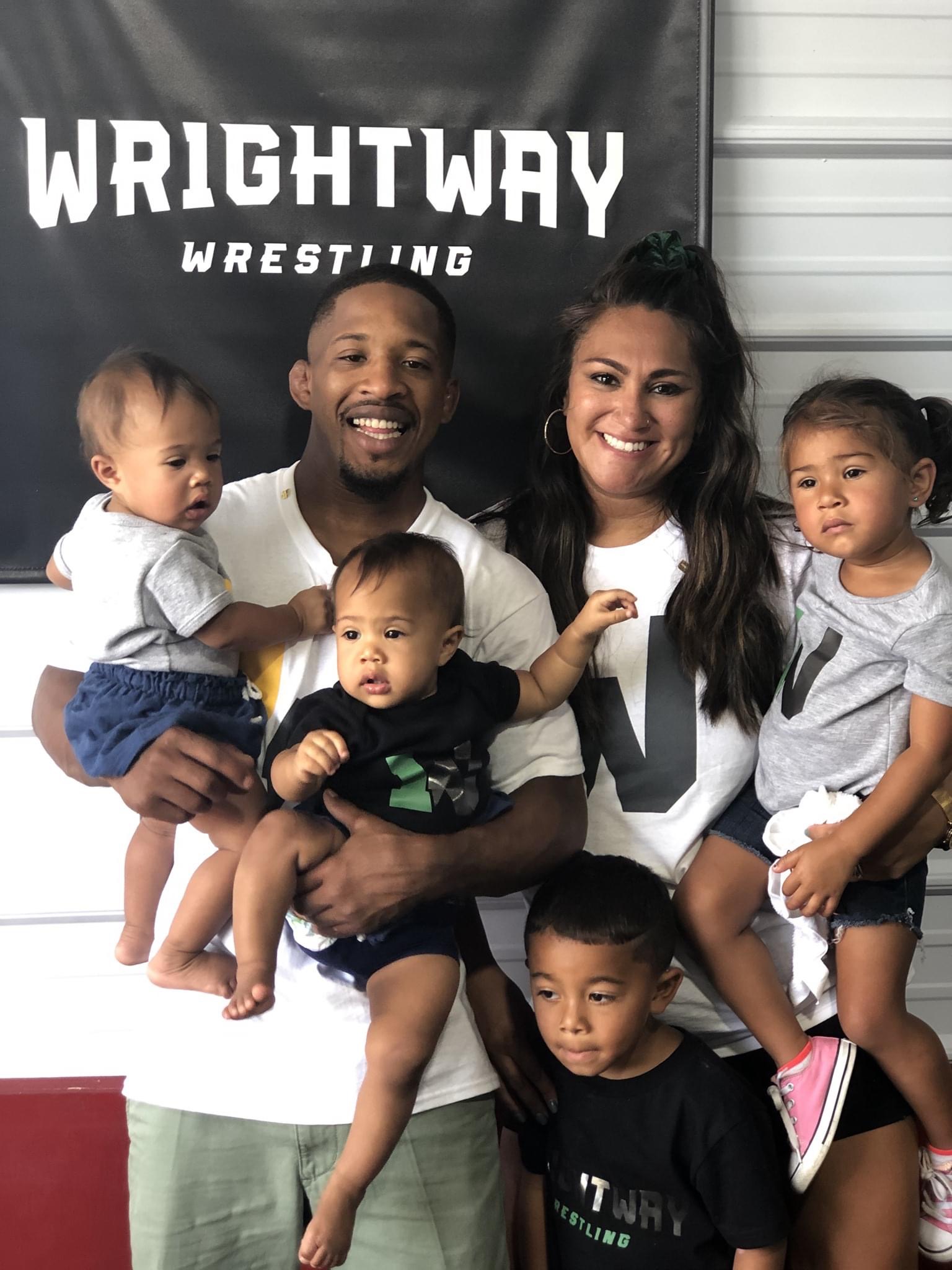 After a year in Bloomington, Indiana I was forced into a different direction and went back home to Indy where I started working on building up my own club, now known as Wright Way Wrestling. After sometime back in Indiana working a job in sales, that I hated, I took a huge leap of faith and transition to a full-time Wright Way coach. Soon after Talika would again tell me she was expecting, but this time with twins daughters, Letticia and Lucina. The amount of joy and excitement was quickly met with fear and pressure.

As faith would have it, we are healthy, happy, successful, and building a legacy as The Wright Tribe.